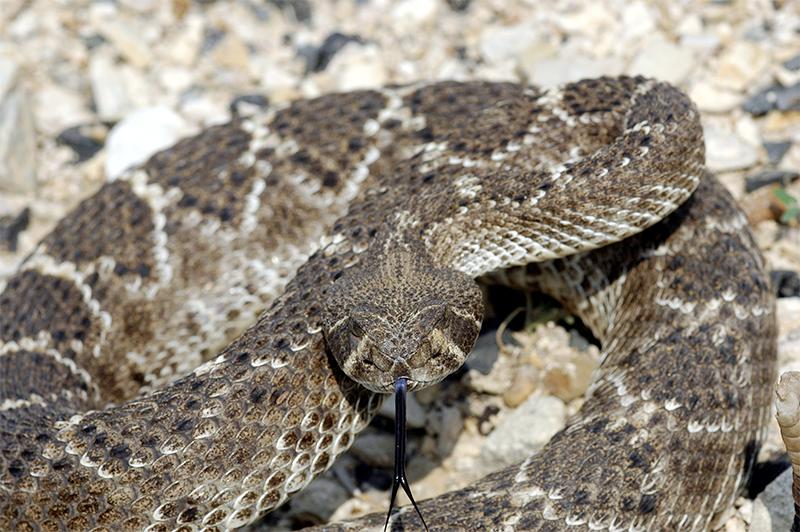 This may seem like it comes out of left field but I recently drove around Sun Valley, ending up at Villa Cabrini Park which is in the Verdugo foothills. For those that have been there you may recall the big yellow sign at the entrance to the park warning us of rattlesnake danger. That got me to thinking. What exactly is the rattlesnake danger for us in Sun Valley or elsewhere in Southern California?

A little bit of investigation revealed to me that most of the rattlesnakes in California are going to be found in the desert regions. However, there is a species rattlesnake called the Southern Pacific rattlesnake which seems to love foothills and mountains and it seems like it would be this species that calls Villa Cabrini Park home. Anyone who grows up or lives in Southern California knows that we have our share of rattlesnakes but just how justified is our fear of these creatures?

A visit to the Natural History Museum website put my mind at ease. For one thing temperatures are now getting cooler. Snakes like these are more active in warmer weather so our recent temperature dip should mean less rattlesnake activity. The other thing is putting the danger into context. As the museum website article states, we have close to 324 million people in the United States. Each year about 7,000 to 8,000 people are bitten by venomous snakes but only five people die. Five out of 324 million is pretty good odds.

Jose Mier and The Rat Snake

I actually have seen some snakes in the foothills, but not rattlesnakes. The one I saw appeared to be a rat snake. Long, slow moving, and of course no rattles. These slithering creatures still have a visceral effect on us as they did me but I think I feel a bit more confident going into our foothill parks and hiking trails now. That doesn’t mean I’m not going to keep my eyes open and be aware of my surroundings–which you should too—but I feel a lot more comfortable about the situation with rattlesnakes in Sun Valley.

Article Name
Jose Mier on Sun Valley Rattlesnake Danger
Description
Jose Mier discusses the dangers of rattlesnakes in Sun Valley, CA. Turns out we don't have as much to worry about as we thought.
Author
Jose Mier
Publisher Name
josemiersunalley.net
Publisher Logo