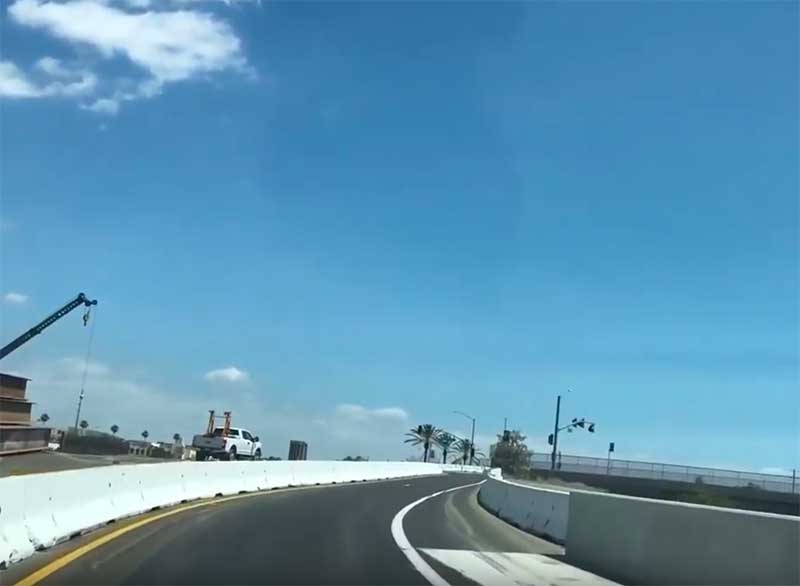 Jose Mier, Sun Valley promoter, drives the streets of his community to share I-5 freeway updates.

I’m Jose Mier. Sun Valley is my home. For those that have been living under a rock for the last five years I’ve got news for you. Big things are happening in the Interstate 5 corridor which runs from Sun Valley through Burbank to Glendale. We’ve already seen big changes like the new Empire Ave. interchange open up and the destruction of the Burbank Blvd. bridge a couple of weeks ago. More changes are coming, though, which (we hope) will make our commutes less exasperating.

I recently drove past the aforementioned bridge before it was removed. Anyone who has made this same drive in the recent past knows that the off-ramp at Burbank Blvd. has been closed for some time. Crews have shifted earth and reworked the off-ramp to accommodate more traffic. Once the bridge was demolished the off-ramp was opened up to traffic. I took a short drive to test this out.

While starting in Sun Valley, I made my way through Burbank on the 5 but even though I had read that the exit was now open, I did notice the freeway signs still sported big black and white “closed” signs next to the Burbank Blvd. exit information. I wasn’t particularly worried but I wondered if I had gotten my information wrong or if they had once again shut the exit down to traffic. I shouldn’t have worried.

As I approached the off-ramp, I saw in fact that there was nothing blocking my egress so of course I veered to the right and found myself climbing up the newly-graded off-ramp. At the top, before turning onto Burbank, I took another look at the area where the old bridge once was. I know it’s kind of childish to get “excited” about an off-ramp, but since it’s been closed for so long it was kind of nice to be able to drive that stretch once more.

I-5 freeway construction and closures will continue for some time and you can view the map of current and upcoming closures here.

Until the state completes their overhaul of this part of Interstate 5 we in Sun Valley are going to have to deal with disrupted traffic patterns for the foreseeable future. At least now we can reap one small benefit of the construction and exit onto Burbank without having to take another time-consuming detour.