Your Government Dollars At Work - Sun Valley by Jose Mier 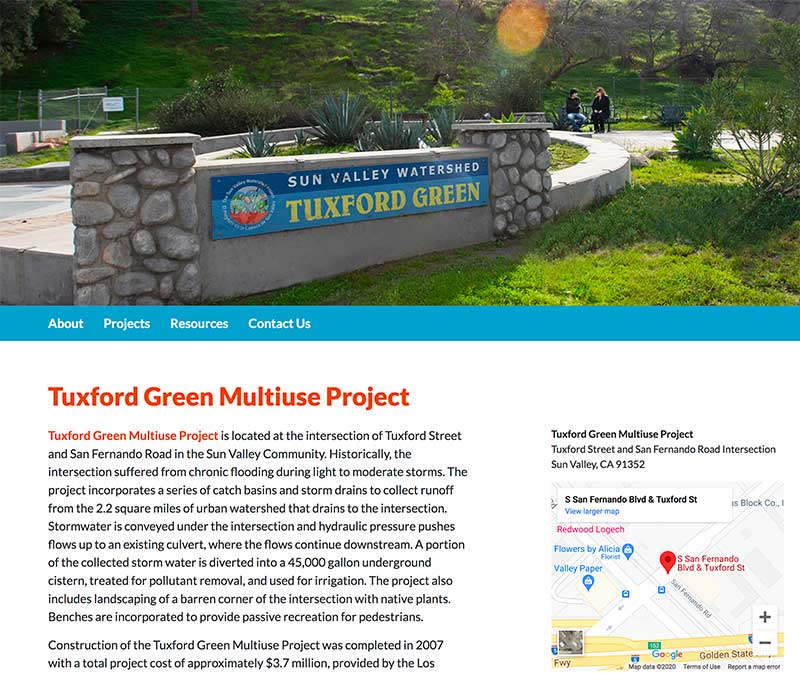 We may not think about it now given all the dry whether in drought conditions of late, but Sun Valley has areas that are prone to flooding. This occurs in several places but one of these has traditionally been the corner of San Fernando Rd. and Tuxford Street.

It’s easy to think that government is unresponsive and uncaring but the Tuxford Green Multiuse Project proves that government can and does sometimes address the needs private citizens. Sun Valley residents who have lived here for some time understand the problem flooding has caused, even during light or moderate rainstorms and the San Fernando/Tuxford Street intersection was a prime example period

During these times of rain, while we’re navigating flooded streets, the thought of often crosses our mind, if only there was a way to collect all this water and save it for later, given the California is so dry. Well, somebody did think of this a few years ago and that was the reason behind the Tuxford Green Multiuse Project. This green area in the midst of Sun Valley collects water that accumulates during storms and stores it in cisterns for later use.

The good news is that Tuxford Green is not the only project in the area to address this problem. Three other projects of been completed in recent years including the Sun Valley Park Drain and Infiltration System, Elmer Avenue Neighborhood Retrofit and Elmer Avenue Paseo,  the details of which cannot be found on the LA County website.

In addition there’re other projects slated to begin soon. The most interesting of these is the Rory M. Shaw Wetlands Park Project which will make use of 46 acres and turn the area into a wildlife habitat as well as provide recreational facilities for residents and visitors. These projects are just a few more examples of how Sun Valley is changing for the better. Our often overlooked area of greater Los Angeles is slowly but surely turning into a showcase of construction, recreation and conservation. We can all be proud of what our city is becoming.