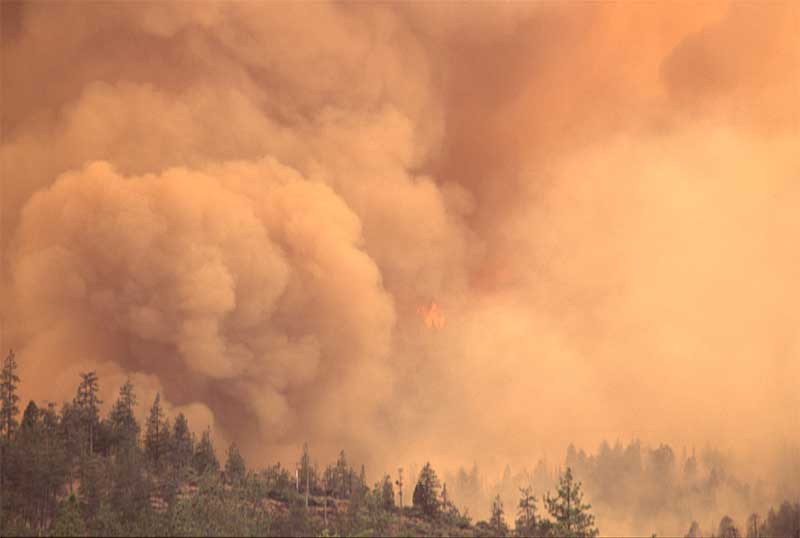 One unfortunate aspect of every summer in Sun Valley, CA and the rest of the state is that we invariably deal with fires. Recent storms in northern California sparked (literally) several fires due to the lightning which accompanied those storms. Other fires closer to home have been caused by nature as well as by humans—especially unfortunate. Whatever the cause, the effect is the same: with fire there’s smoke and particulates fill the air.

Here in Sun Valley, we’re almost directly south of one of the southland’s major fires, the Lake Fire burning near Castaic Lake. Smoke, haze and particulate matter can easily find their way south when the winds are right and it looks like they’re blowing directly at us these days.

Clean air is everyone’s choice but when fires are raging we have to deal with pollutants in the air at even higher levels than during the heaviest Southern California smog days. So what are some of the risks we face? Well, the smaller the particles, the more dangerous the air. Those smaller than 10 micrometers are the most problematic. According to the EPA those tiny particulates can get into our lungs and possibly into one’s bloodstream. The effects are not good. I’m not even going to discuss environmental damages caused by smoke and particulates but will concentrate on the physical aspects.

Particles in the air may be responsible for deaths in those who have preexisting lung problems. They can cause heart attacks and worsen asthma for those who suffer from that. They can cause difficulty breathing, coughing and decreased lung function.

It will come as no surprise that the most vulnerable are the young and the elderly—and of course those with preexisting bronchial conditions. Here is Sun Valley, in the path of the smoke plumes spreading out over the San Fernando Valley, it’s incumbent on us to take precautions especially for the most vulnerable. State agencies are urging us to remain inside and not to go outdoors if we don’t need to.

If you are in one of the more vulnerable groups you may want to read more about how particles in the air can affect your health in this EPA document.

We know unclean air is a problem. It’s depressing to see the constant haze around us, but it’s even more dangerous from a health standpoint. As long as we’re living and working in Sun Valley we’ll need to keep vigilant about the amount of time we’re spending outdoors and hope and pray for a quick end to our—and all the state’s—wildfires.