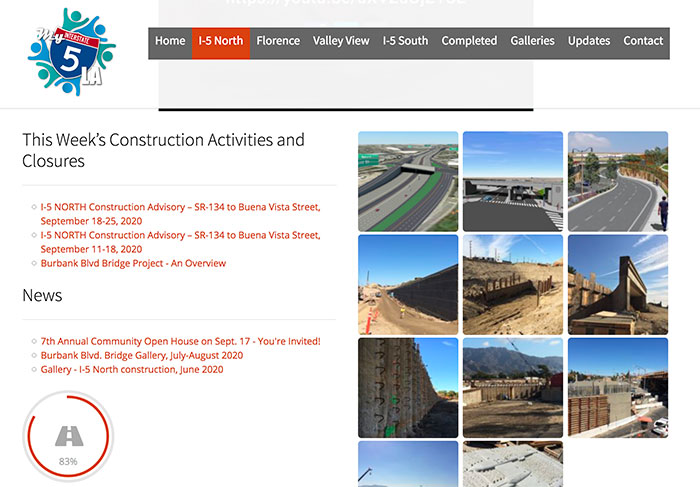 Driving the I-5 With Jose Mier

It’s been a while  since I last addressed the subject traffic on Interstate 5 which runs directly through Sun Valley California. I’m sure you can understand why, we’ve had a lot of other things occupying our attention in recent days. If the mounds of the earth around the Burbank Boulevard offramp are any indicator things are progressing. How fast they’re progressing remains to be seen.

For regular updates on the construction process you can go to the my5LA.com website but a quick recap is in order period

Construction on this stretch of the freeway started in 2014. It’s been six years and it’s not scheduled to be complete until the fall of 2021. The cost for all of these improvements is $355 million. So what are we getting for our money? They will be constructing carpool lanes on both the north and south portions of the I-5 freeway between Magnolia and Buena Vista Street. That appears to be coming along. The new interchange at Empire Avenue has already been completed as has the elevated railroad track at the intersection of Buena Vista Street and San Fernando Blvd. Elevation of the railroad track next to Empire Avenue has also been completed.

As you may have read on my earlier Jose Mier post the bridge which crossed the freeway at Burbank Boulevard has been demolished and they are working to construct a new and better bridge. The last thing on CalTrans’s list is to improve the intersection of Victory Place and San Fernando Blvd. at Lincoln Street. It would appear that these two as well as the completion of the carpool lanes are the last things remaining before the work is complete.

For me is just an ordinary motorist, I have to wonder why the carpool lanes have not yet been opened. They exist but they’re blocked off. I often make trips up north and south on the 5 freeway and although things have become a bit better around Olive Avenue I still see some slowdowns in cars backing up around this area, which is traditionally a bottleneck point on our stretch of the I-5.

According to the schedule things won’t be complete for more than a year so whatever problems we have right now it looks as though they’re going to continue for sometime at least. I also wonder about traffic disruption when the New Burbank Blvd., Bridge begins to be put in place. All this remains to be seen. I’ll keep updating as the information warrants.